Yes, he was nervous. Just like any first grader would be.
Especially if you're starting in high school.

St. Mary's Bay Academy was having a fund raiser to buy goats for women in
third world countries so they asked if they could borrow Peeper as a prop.

I was willing, but he wasn't.

So one of the students had to carry him in. 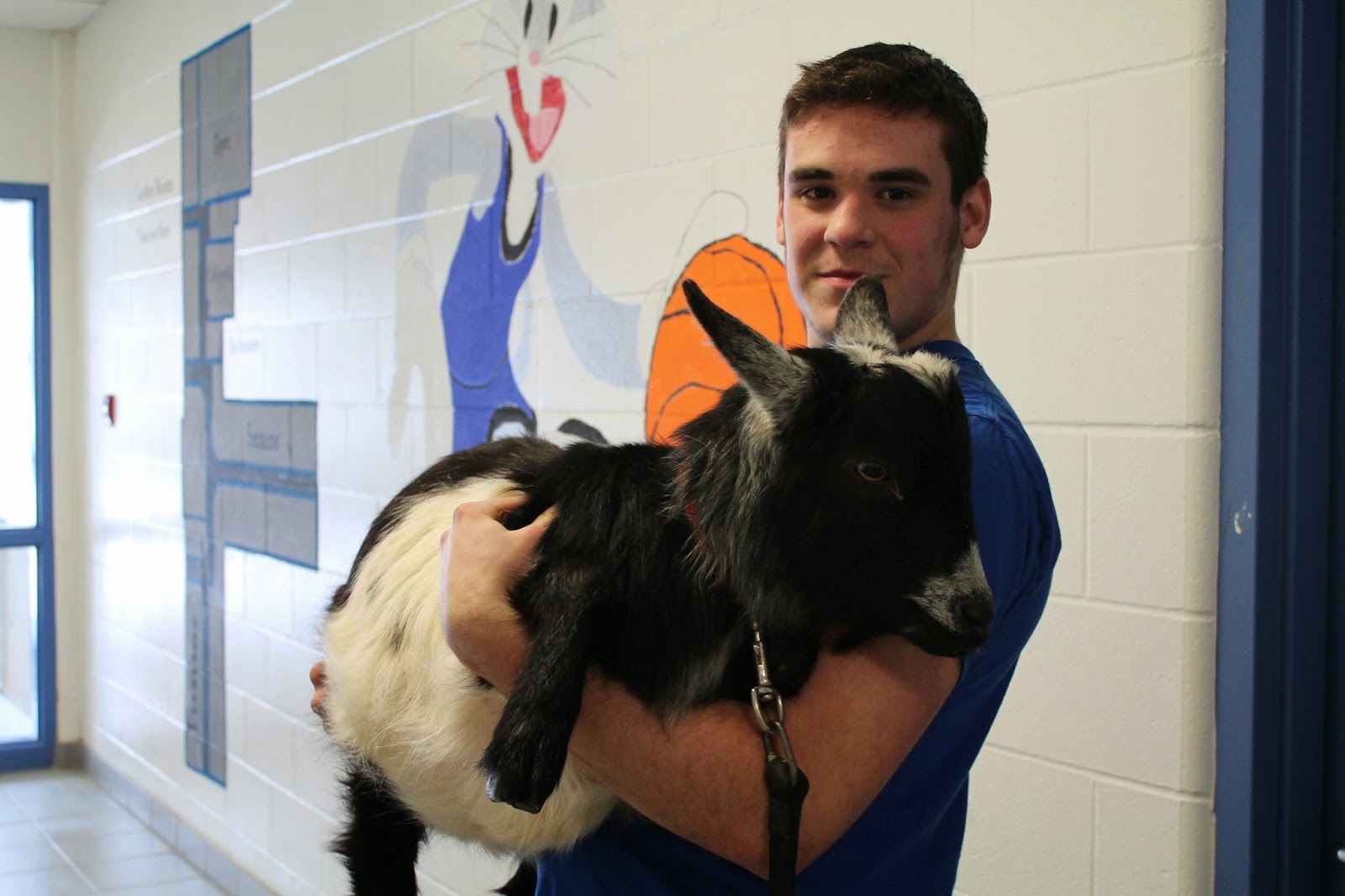 But who's to blame him. Look at the amount of people that was staring at him. 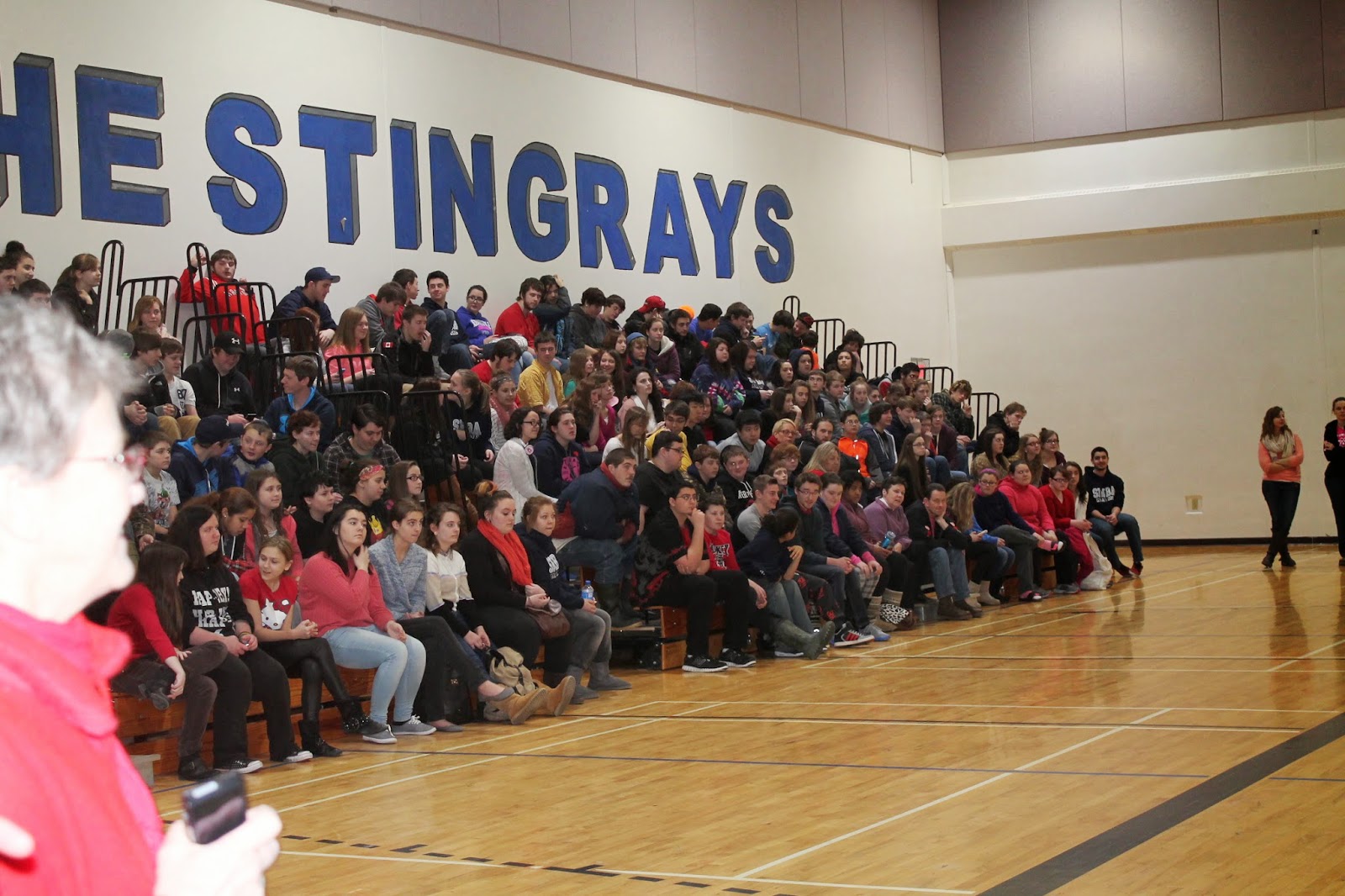 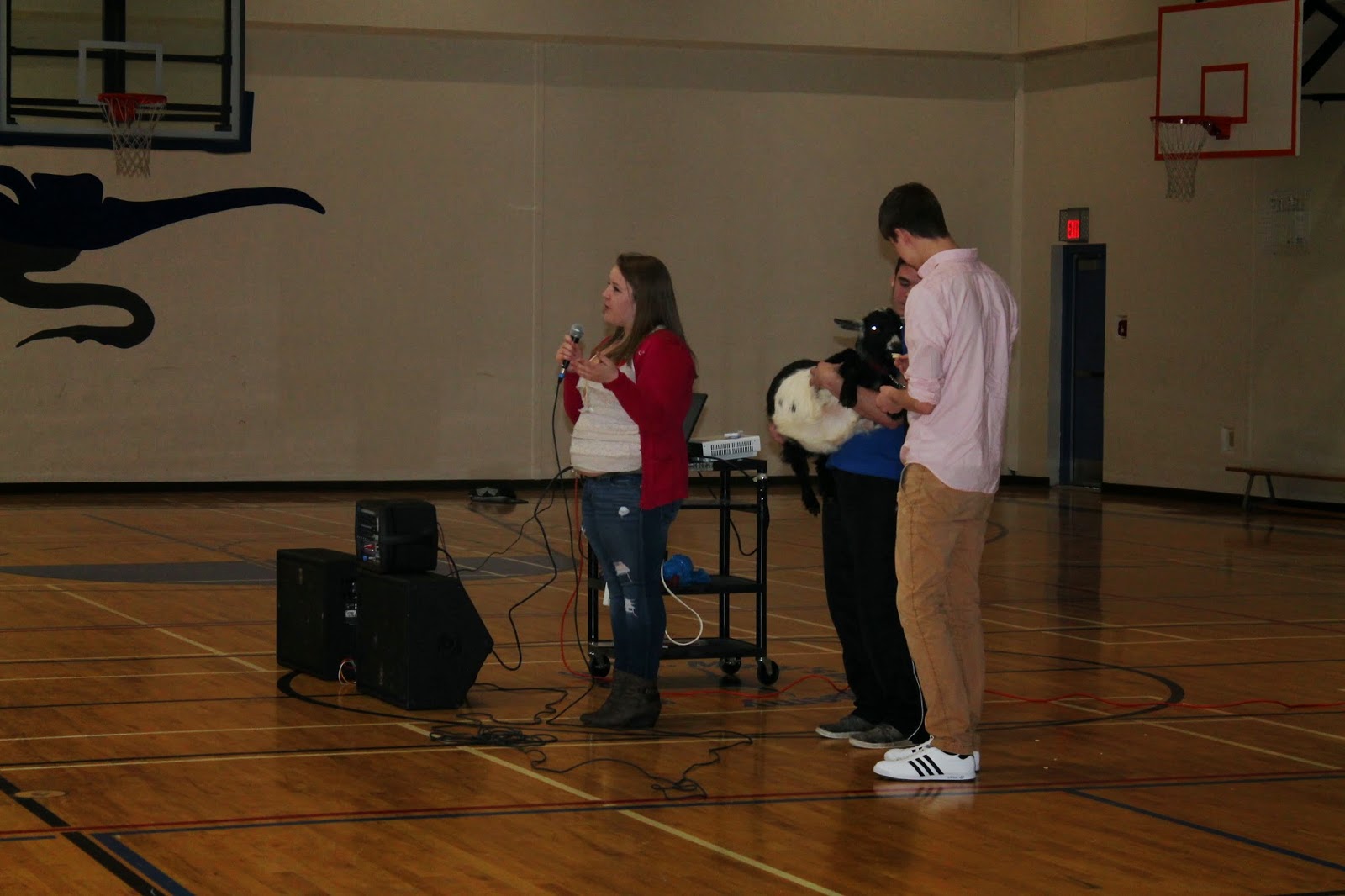 He was happy in Brandon's arms eating the crackers I brought.
He actually didn't have any "accidents" which I was sure he was going to have.

But it was all for a good cause.  I told Gabby, the girl that invited us,
"Next time charge a dollar to pet the goat."
They might have made a small fortune.

Email ThisBlogThis!Share to TwitterShare to FacebookShare to Pinterest
Labels: Peeper in school, SMBA