Someday, yes someday we will stop adding to the farm. But until that day comes you guys will be entertained by my stories of new additions to Spring Peeper Farm.

Dave thought it might be a good idea to get a "friend" for Susie and Thunder.
So we started searching for a boyfriend for the girls.

When we figured out that Susie was never pregnant like we were told she was, we thought we'd take matters into our own hands. Especially since we had 2 buyers for the baby.  It would have been hard to choose who to sell it to since I knew both people and they would have both given the baby a good home.

But alas it didn't pan out since she wasn't pregnant!

So a mini jack came up for sale in Mahone Bay. He's only 6 months old, but this way we can get to know him properly and he can grow up with us.

So off we went for an adventure.  I got time off work, J. and Antonio came with us to.
Since Dave can't drive far (and it's a 3 hour drive) we tag team drove.  AND I drove for the first time with a trailer attached to the car!!!! And we all survived! 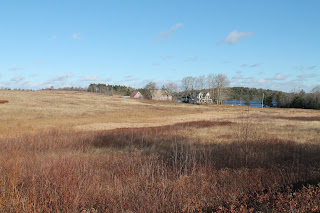 Come a little closer and see it.  There was a downside to it...
It wasn't for sale! Bugger.
Just close your eyes and imagine this in the summer. 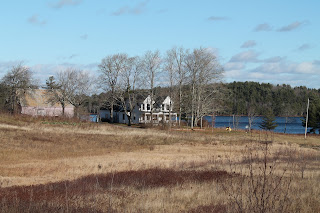 So we got home in record time and brought Murphy out of the trailer.  He actually came out well. He just jumped down.


We walked him around a bit before bringing him in the pasture with the girls and the goats.
Of course they gave him a little bit of a hard time, but not much. Not even close to what I thought they would give him. 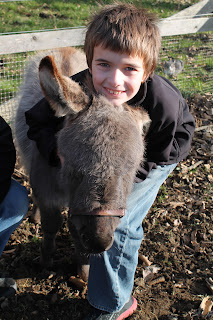 If you're wondering where we got the name
(because I put alot of thought and effort into all
the animal names here). 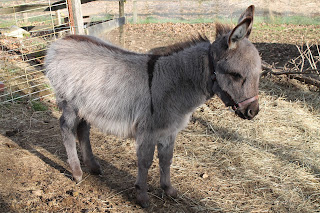 Well I wanted something unique.  I wanted to call him Donkey (like Shrek would call his sidekick), but that was way too plain.
So I thought I'd name him after Eddie Murphy who played Donkey.  But I don't like the name Eddie. (plus our neighbour's name is Eddie. It might not have gone over so well.)
So Murphy it was.

Dave went and checked on him tonight and all three of them were sleeping together in the barn.