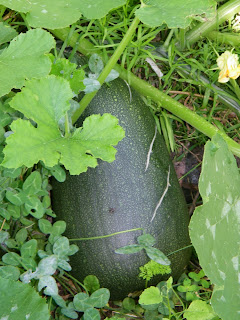 We have a mystery here on Spring Peeper farm. In the manure pile we have something growing. We are not sure what it is. Does anyone have any ideas? A couple of years ago we had a squattermelon in the garden. Some how a watermelon and a speghetti squash had cross pollinated. We thought we had planted them far enough apart, but I guess not. The outside looked like a watermelon, the inside looked like a speghetti squash but it smelled like a watermelon.
Yesterday Dave brought the tiny meat kings to the slaughter house. They looked more like cornish hens than roasters. We don't know what happened. We have a new batch of them and at 2 weeks old, they are almost as big as some of the other meat kings we kept. They were a sad, ragtag looking bunch.
We also went to Upper Clements Park. Its a kids park with rides and such. It was fun. Then we had a picnic for supper.
We had to cancel the chicken BBQ. It was for supper today. We were going to make it for lunch, because it only gave showers for the evening. But then they changed the forcast and it said the rain was going to start at noon. So we called everyone on the list to cancel. I'm glad we did, because it was raining at 9am this morning. I'm leaving the goats in the barn for today. Their pasture is surrounded by trees and when its windy I'm afraid it'll blow some of the trees on their heads. Some of the tree tops have already fallen.
So this time it's hurricane Danny that we are supposed to get. It's not supposed to be bad though. Watch, this one will be worse than the first one.
Well gotta go and make cabbage rolls for supper. It's only my second time and it takes me the whole day to make them. 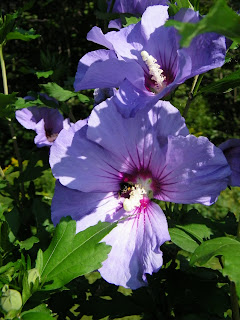 Have a Blessed Day.
Lisa
Posted by Lisa at 9:17 AM