This new computer is going to be the death of me. You'd think that new things would be easier.

It just took me 30 minutes to transfer 4 pictures from my camera card to the computer.

Ok, how have things been here at Spring Peeper Farm?

The turkeys are doing well. They're in the outside pasture now with the dog and the goats.
But did I tell you before that turkeys are stupid?  I didn't think they were, but guess what?! They are.
I always thought that guinea hens were dumb.  Well like I tell people, when God was giving out brains in the animal kingdom, the guinea hens forgot to get in line. NOW, I think the guinea hens and the turkeys were behind the barn having a party when God was giving out the brains.
I'm not going to bore you with the details of their stupidity, but let's just say they're not the brightest bulbs in the bunch. 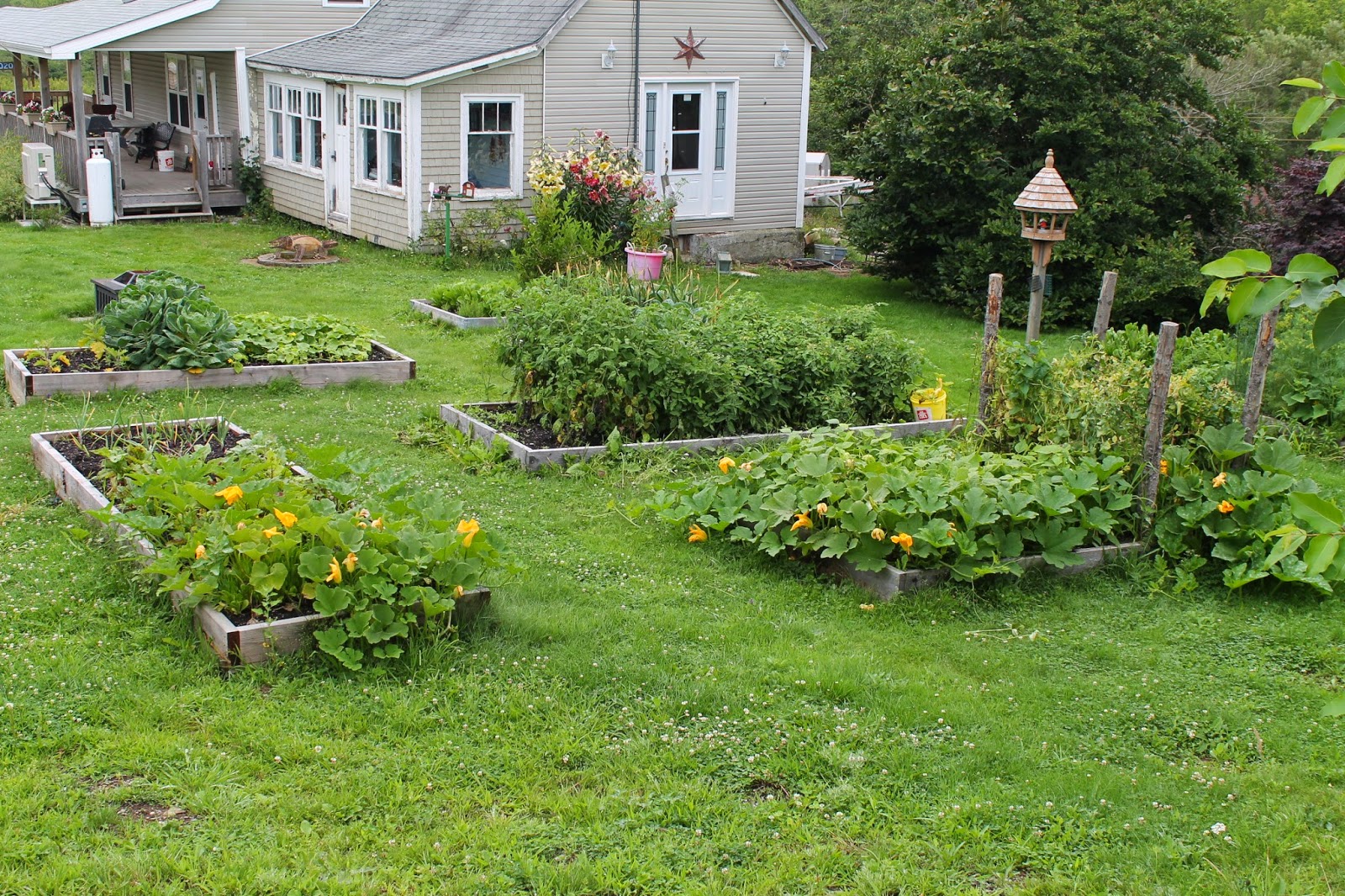 The garden is growing wonderfully. I had beautiful romaine lettuce, the dill almost hit the clouds, the peas were delish and the yellow beans grew in abundance. The picture above is about 3 weeks old. 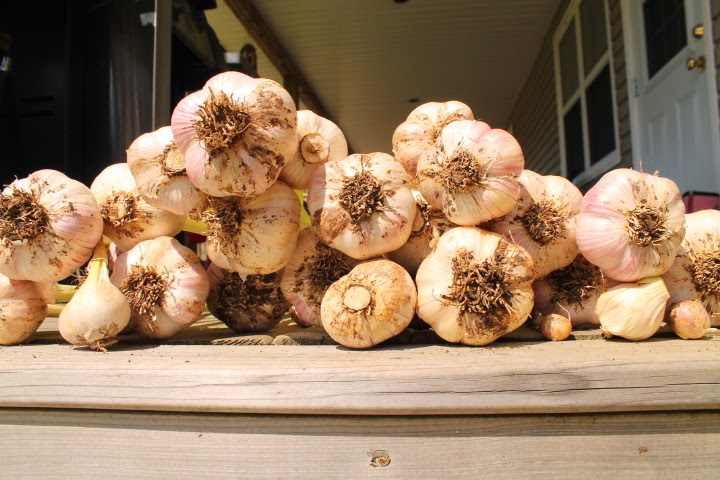 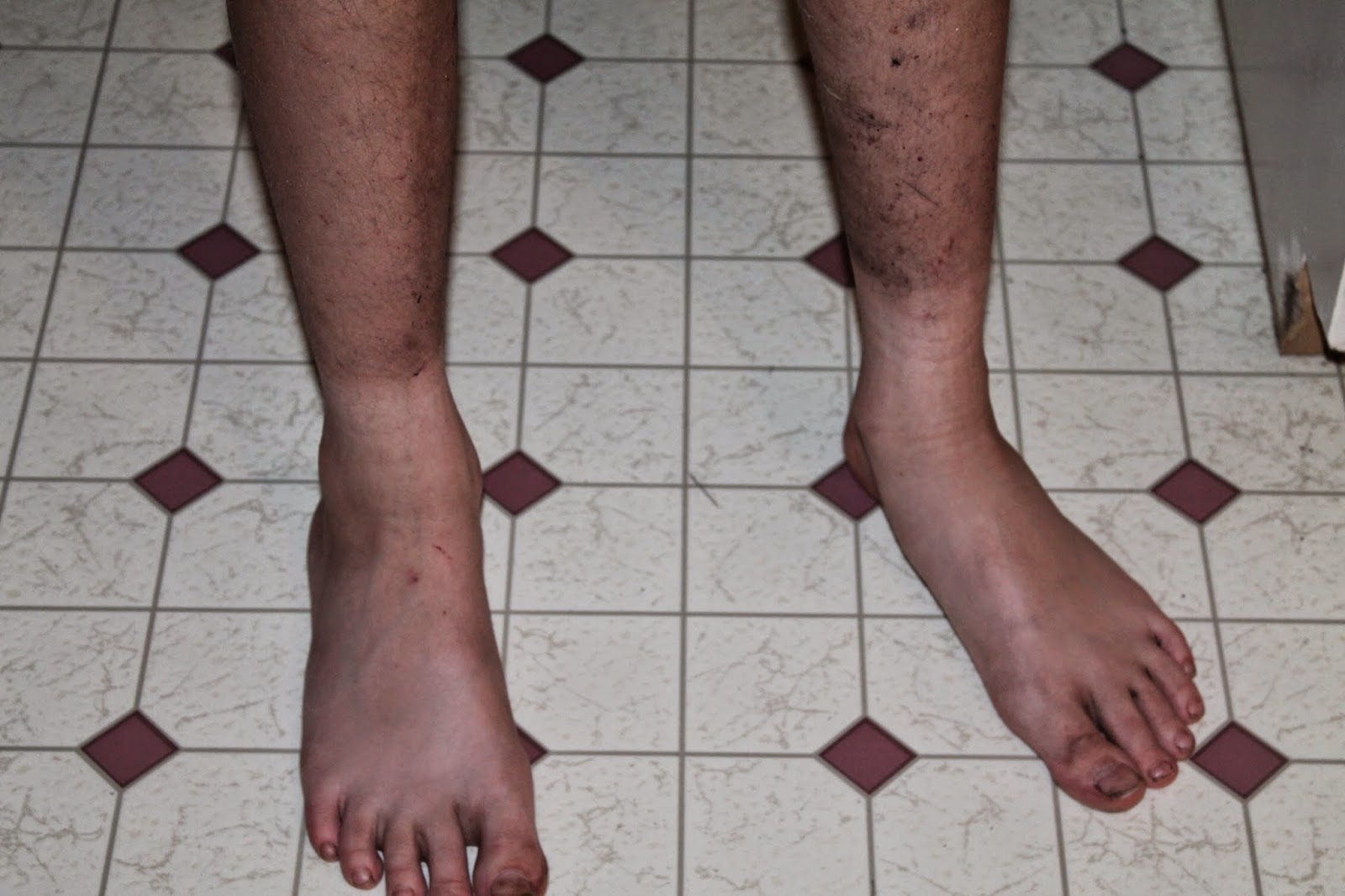 Jamie has his first job! It's raking low bush blueberries. It's hard, hard backbreaking work, but he wanted a job and he applied for it. But after the first day he didn't want to go again.  We made him go back, It's only for a week and a half and when you make a commitment, you stick to it. He only has two days left. As you can see he gets a bit dirty raking. It looks like he's still got his socks on! 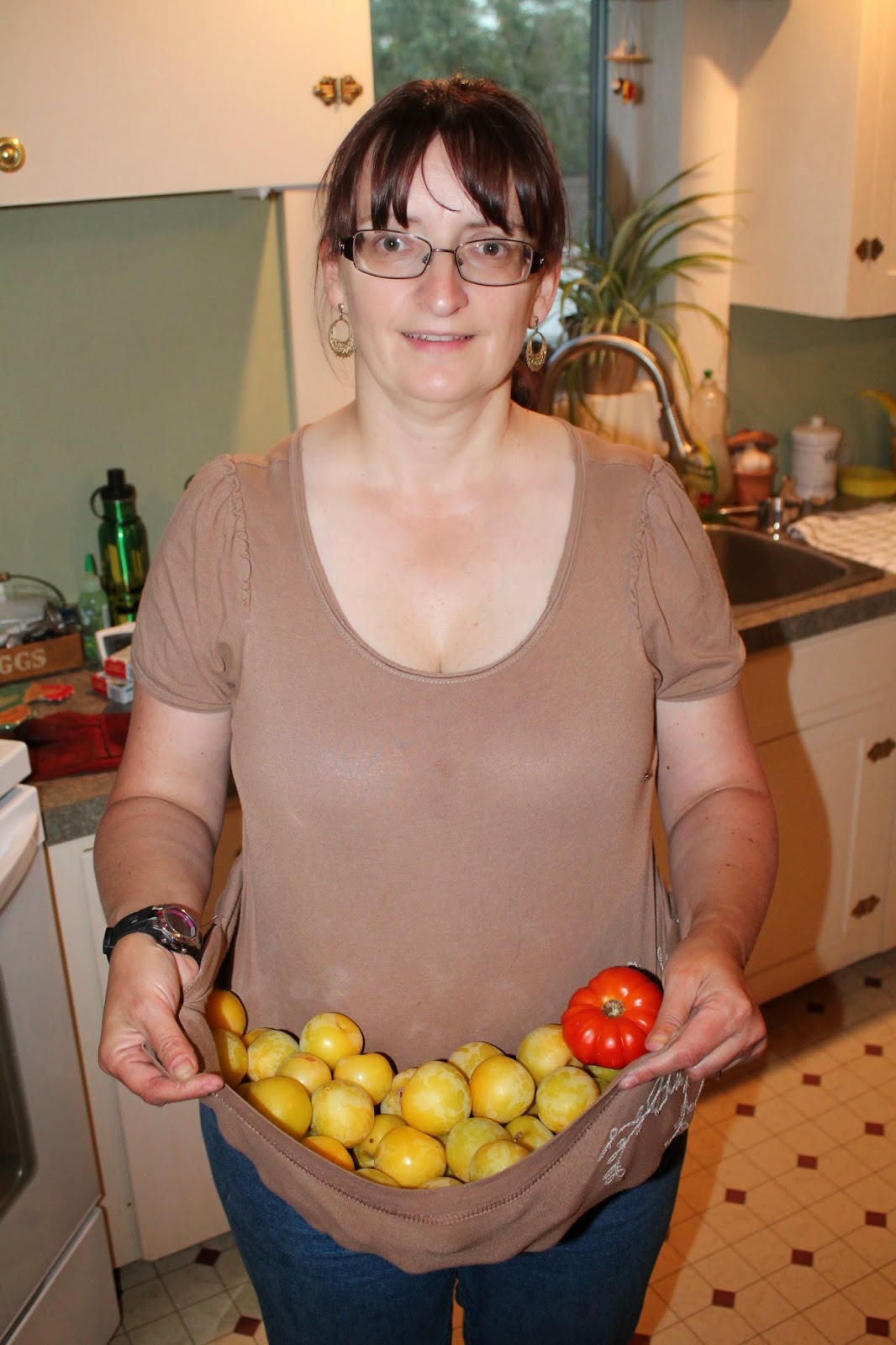 Our plum tree actually produced some plums this year and we were able to pick them before the birds did.

I went to the doctor for my checkup on my arm. It still hurts like the dickens. He looked at the Xray and said, " Well it doesn't look like you have any screws loose."

Have a Blessed Evening.
Lisa

I'm still alive and haven't fallen off the face of the earth. It's just that things have been super busy here this summer. We also got a new computer cause our old one was on it's last legs, but not everything has been put on the new one. Including all my pictures. And I hate blogging without pictures. So bear with me for another few weeks and hopefully I'll be back.

Have a Blessed Evening.

p.s. With a new computer comes the issues of WHAT ARE MY PASSWORDS TO EVERYTHING! Ack! I gotta write them down.
Posted by Lisa at 9:28 PM 2 comments: