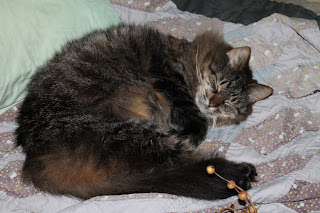 Wow it's been quite the year.
It's been busy, busy, busy!!!
I just read my last post and the next day was going to be the kite festival.
Well here are a few pictures!
We are addicted  to kite flying! 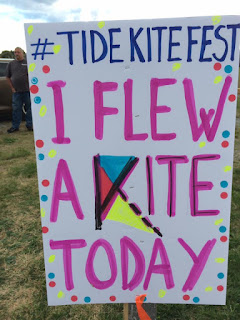 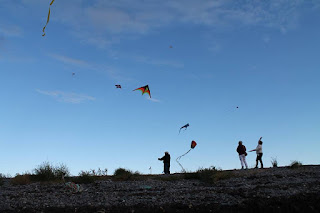 It's hard to take pictures of all the kites at once, but there was a ton of them.

The next day we were off to what Nova Scotians call the South Shore.

They were having a whirly gig festival and I love whirly gigs! 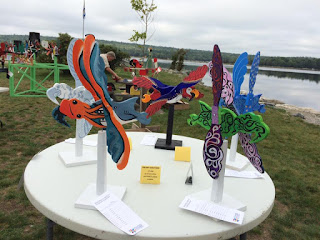 It was in Shelburne.
Shelburne is also known to be the set for the movie
Scarlet Letter starring Demi Moore.
That was a long time ago. I think it was in the '90s 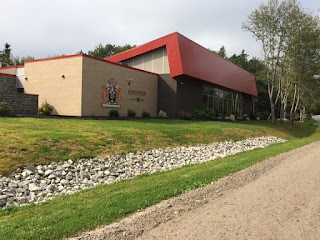 We then went to the Birchtown Museum.
Birchtown is known for where the black loyalists settled.

If you've never read The Book of Negros....
well you need to.
CBC made a mini series last year on it.
Of course it's not as good as the book, but it was still pretty good.
So I wanted to visit the museum and to see the area mentioned in the book and the TV show.

It still boggles my mind on how humans can treat one another.
What gives us the right to enslave people, treat them lower than dirt...
I have to stop talking about this because I get so upset when I start.
Some places in the museum you almost wanted to cry.....

But then we were off to Carter's Beach.
In the summer on nice days, the water is like the Carribean,
turquoise and beautiful.
It was cloudy the day we went, but nice all the same.
There's also sand dollars!!
I didn't even know they existed in Nova Scotia, but they do.
So cool....and seals and seals, and more seals. 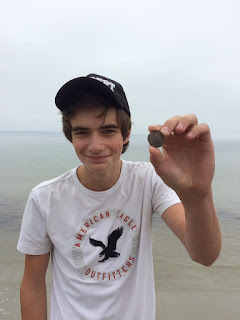 Jamie and a sand dollar.

Well I talked about the Grand Fondo and we participated!
And I didn't come in last!!!
I can't believe that I finished.
We plan on doing it again this year.
We only did the piccolo which is 34km.
This year they had the super gran which was 160km!!
Can you imagine!? 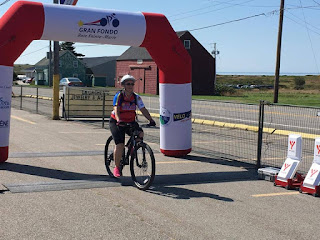 Coming through the finish line! 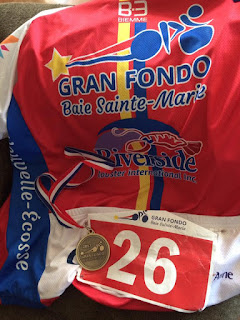 My medal and jersey

We had a beautiful fall. And I had a bumper crop of tomatoes!!
So much so that I had to make salsa again.
I hadn't made salsa in years. I mean at least 10 years.
We will be making some again next year. We forgot how good it was.
I bottled over 50 jars and I think half is already gone. 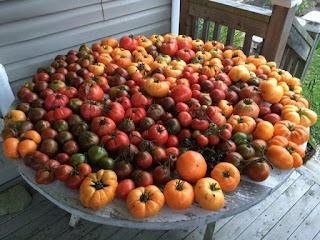 The reason for all the different colour tomatoes is because we plant heirloom
varieties. They taste a lot better than the hybrid ones. 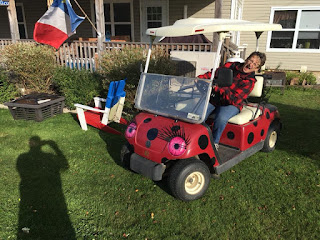 We got rid of the side by side because it wasn't what we needed. It was too big for our needs.
Sooooo we got a golf cart! It's red and when my friend saw it, she said you should make
it into a ladybug!
She didn't have to say it twice!
I love, love, love it!!!!
I zip around the property on that thing like nobody's business.
And we live close to the golf course, so I just drive it there when I play the occasional
round of golf.
Jamie now refuses to drive it on the golf course. tee hee ;)

I think it's cute. 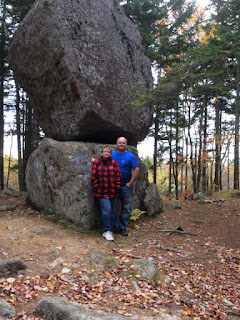 We also brought my cousin and his wife to see New France
There's also a place called Balancing Rock....as you can see by the picture.

This fall I started a new part time job.
No I don't have enough to do with my full time job, my gardening job, my studies etc...
I decided to apply to be a radio host at our local station. I do the radio bingo every second Friday night and I have morning show every second Saturday morning from 7-12!!!
Isn't that soooo cool!
I love it!!!
I actually have fans.
That's such a weird feeling. Jamie and I were talking while waiting to go see a movie
and a woman recognized my voice. 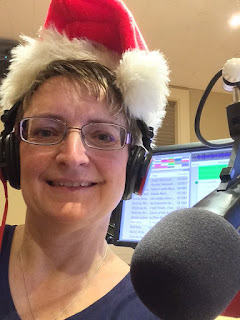 I'm still doing the CTV Morning Live gig every few weeks. That's fun also.
I wish I could do these things full time.
Now that would be a blast!!

Well Christmas came upon us and it was nice.
We had new additions to the family.
Like I've mentioned before, my cousin and his wife moved down from
Ontario. So we spent time with them. My uncle, (my cousin's father), is in
the process of moving down here also.
Soon all my father's family will be down here!
That would be cool. 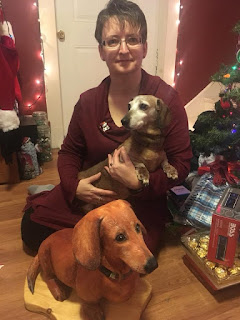 Dave had a local artist carve Simonne our Dachshund.
She carves with a chainsaw.
I love it!