But for once we are going to have a change of pace.

Just tranquil pictures of my flowers around the property.

So sit back and enjoy the peaceful 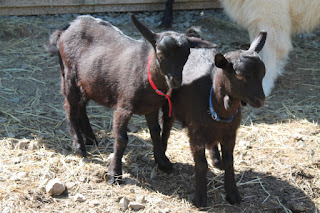 Ok, I couldn't leave without one picture...

Have a Blessed Evening!

After 22 years of wedded bliss
(it was our anniversary last week)
you'd think that we'd be able to finish each other's sentences.
And if my brain worked like a normal person's that would probably be true.

But my brain is not that of a normal person. It's mine.
It doesn't stop, even for one millisecond.
While I sleep I'm still thinking of things.
It never stops.

Where was I going with this....

Twenty two years!
You'd think that when I tell him just half of the story, he'd know what I meant.
Honestly, I shouldn't have to explain everything....right?

That's how I ended up with 45 chicks.

Dave loves auctions. Me, not so much.
I'm an over-thinker.
When you're in an auction you can't think things through. You have to act instead of think it to death.

So we went to the cattle sale a few months ago.
Nothing was catching my eye. (well except the mini donkey, it stayed there.)
So then Dave is like, " Look at all these chicks. Do you want some?"

So I wandered around and then wandered to the chicks again.
Stupid me.
Three boxes caught my eye.
Stupid me.
The white chicks.
Stupid me.
So I wrote down the numbers and gave them to Dave.
Since I have no patience and the brain for the auction itself, I went to visit the donkey.

He was such a cute donkey and there was a mini horse also.

I got back to Dave after it was done and he proudly announced that he got all
THREE BOXES OF CHICKS!!!

I only wanted one box.
Didn't you realize that?
I only wrote the three numbers in case you didn't get the first box, bid on the second.
If you don't get the second box bid on the third.

And that's how I ended up with this 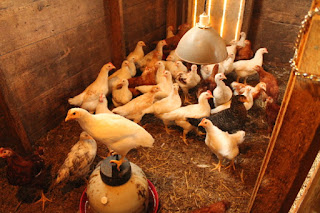 They're mostly grown now.  But now I have to figure out who's pullet and who's rooster.
AND find homes for them since I don't have room for all that.

But in my defense, we've been married for 22 years.  You'd think he would have known that I didn't want all three boxes. Am I right ladies?!
Help me here!