Bear and the goats

Saturday was a nice day. It was giving rain but it held off for a while so I went outside to take pictures of the goats and Bear.

Some are just so funny.

Peeper is doing well outside with the other goats, but Bear still thinks he's a chew toy.


There's a small barn on the hill where the goats graze, but the smaller goats could get underneath it and that freaked me out, plus Pisnak would rub his scurs and he was wrecking the shed. 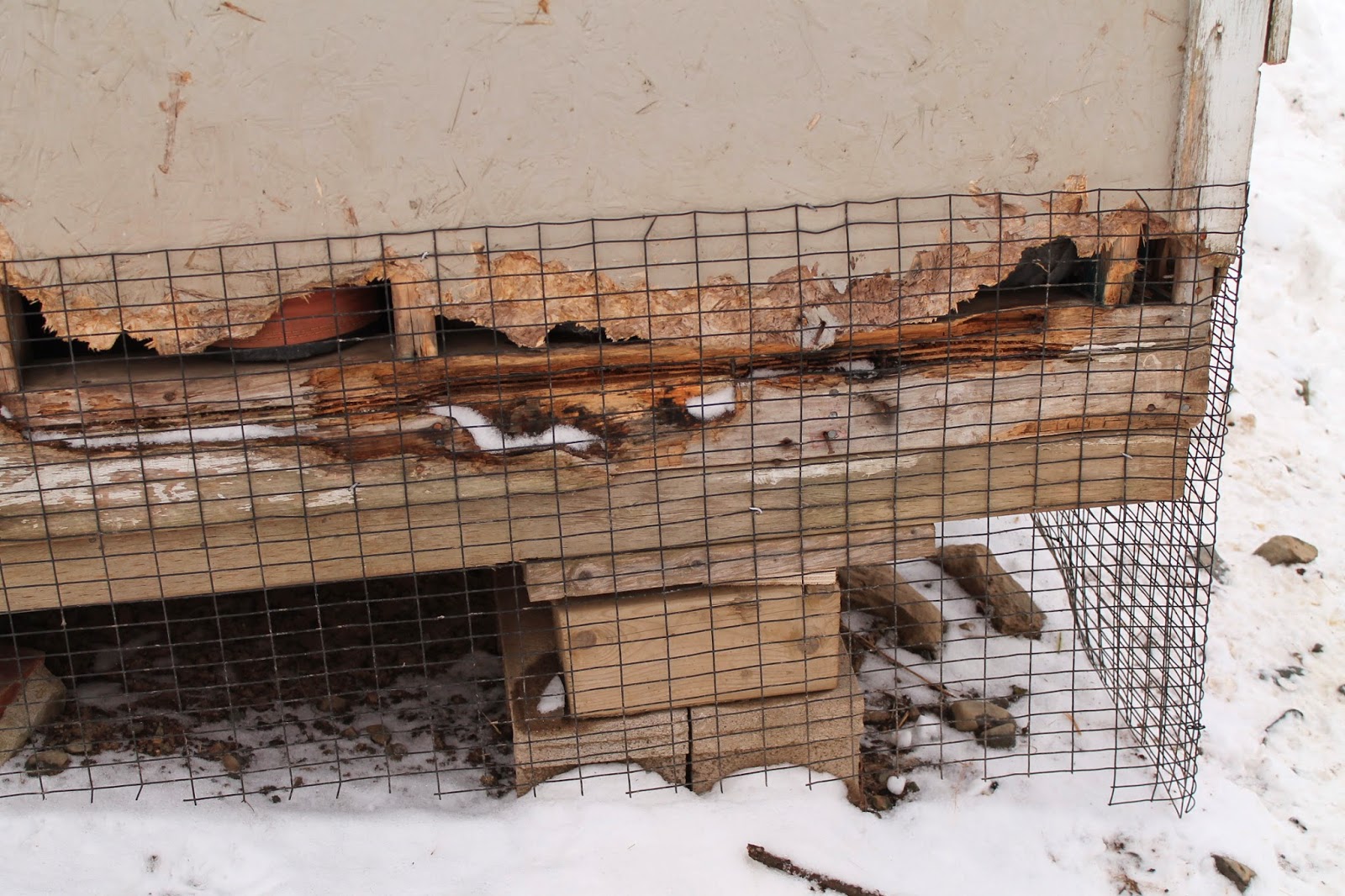 Maggie and Azelle are both due in mid- March, by looking at them you'd think that Azelle is due today and Maggie not even bred.  The funny thing is that Maggie is due a few days before Azelle.  But I find that Azelle carries wide and Maggie carries low.

We'll have to wait and see! 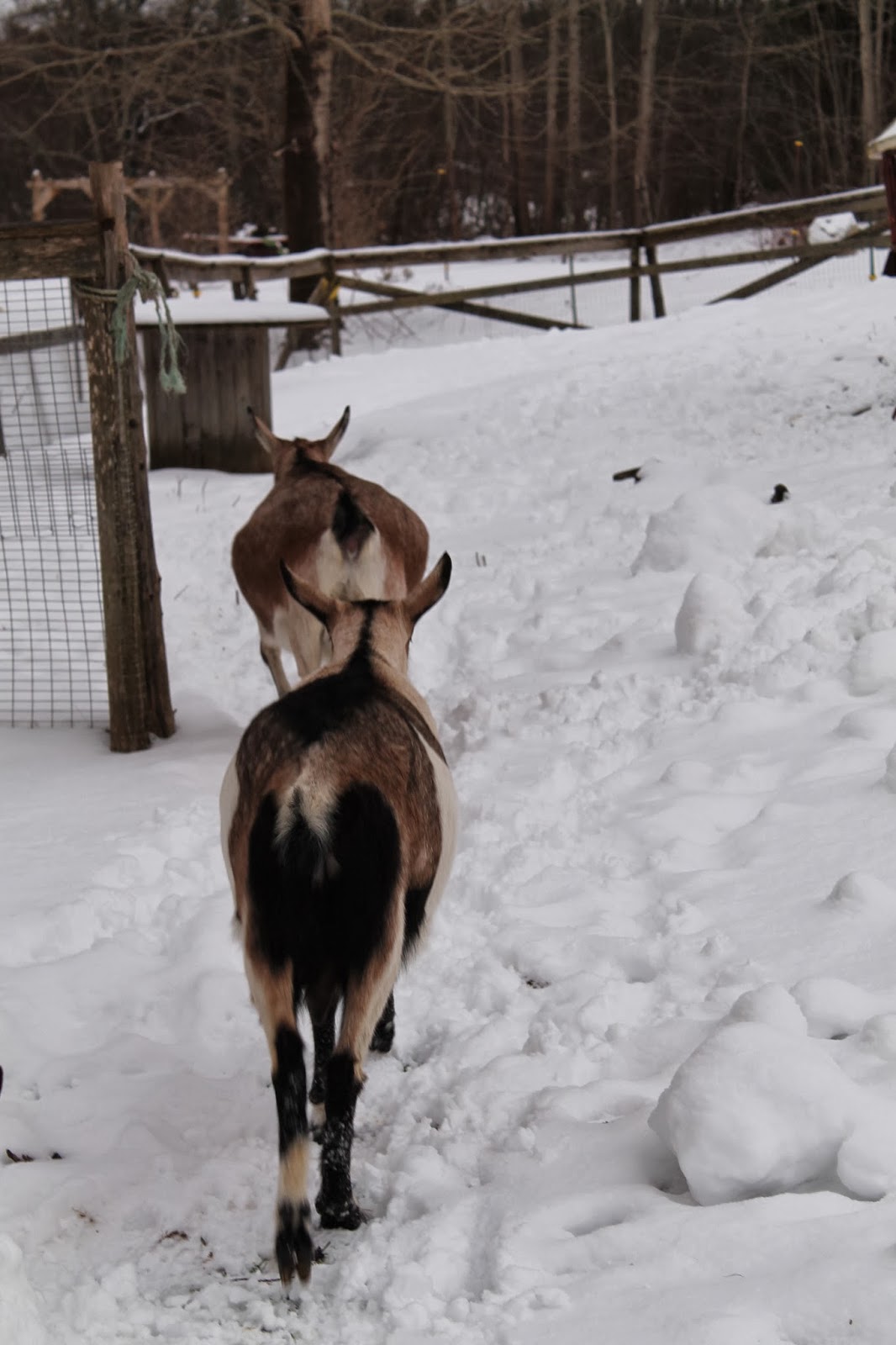 Well part of my plan for this spring is already starting.

Tomorrow Dave is going to pick up our two bull calves!

It's a bit earlier than what I expected, but they'll just be bigger by the end of fall.

Have a Blessed Evening.

Last Saturday I was gone walking in the woods and took these pictures.

Just lovely pictures that look like they were taken in the fall.

I walked home which is a 20 minute walk.

Went inside to eat supper and then I opened the door to bring the dogs to pee and ..... 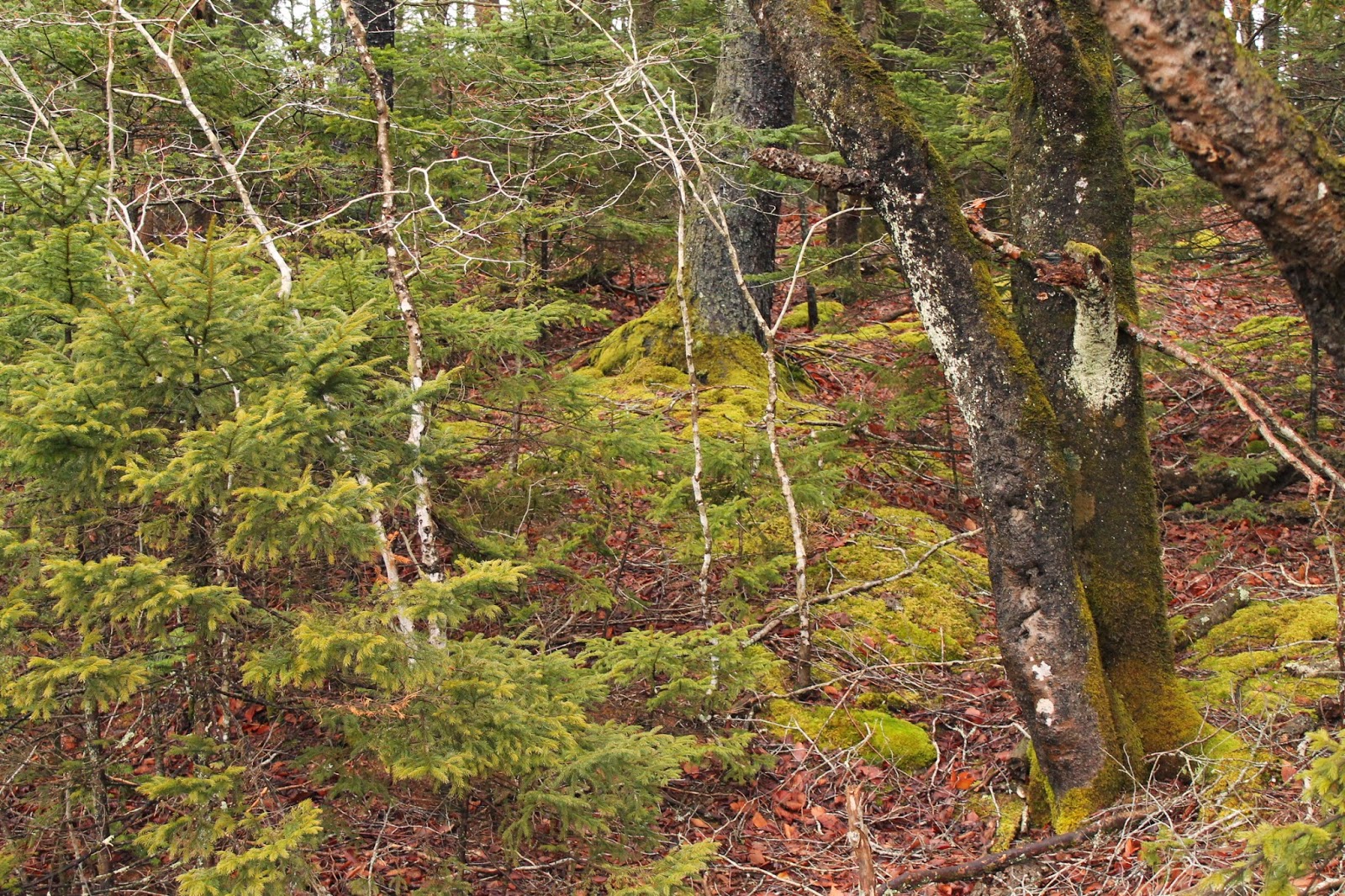 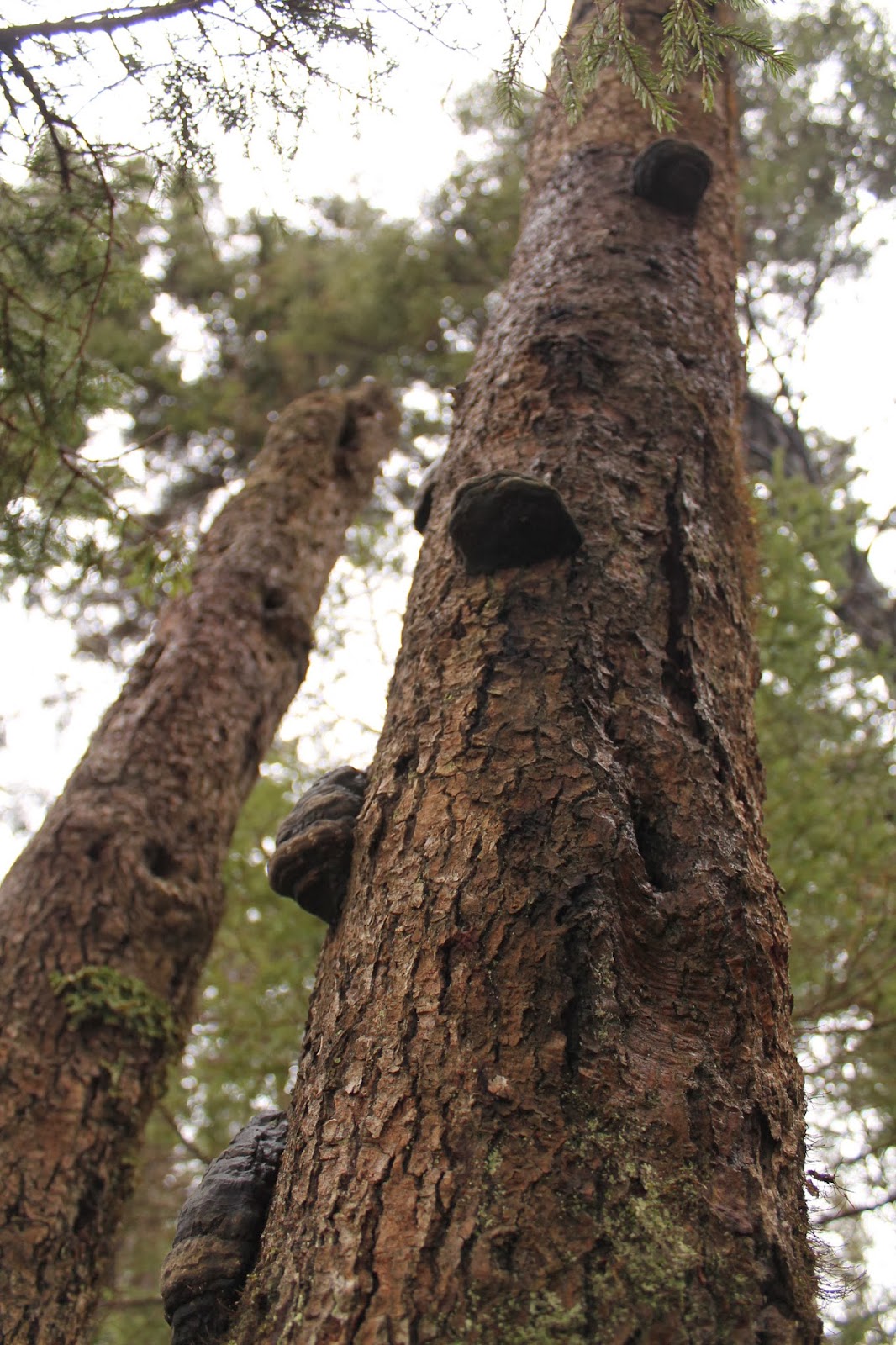 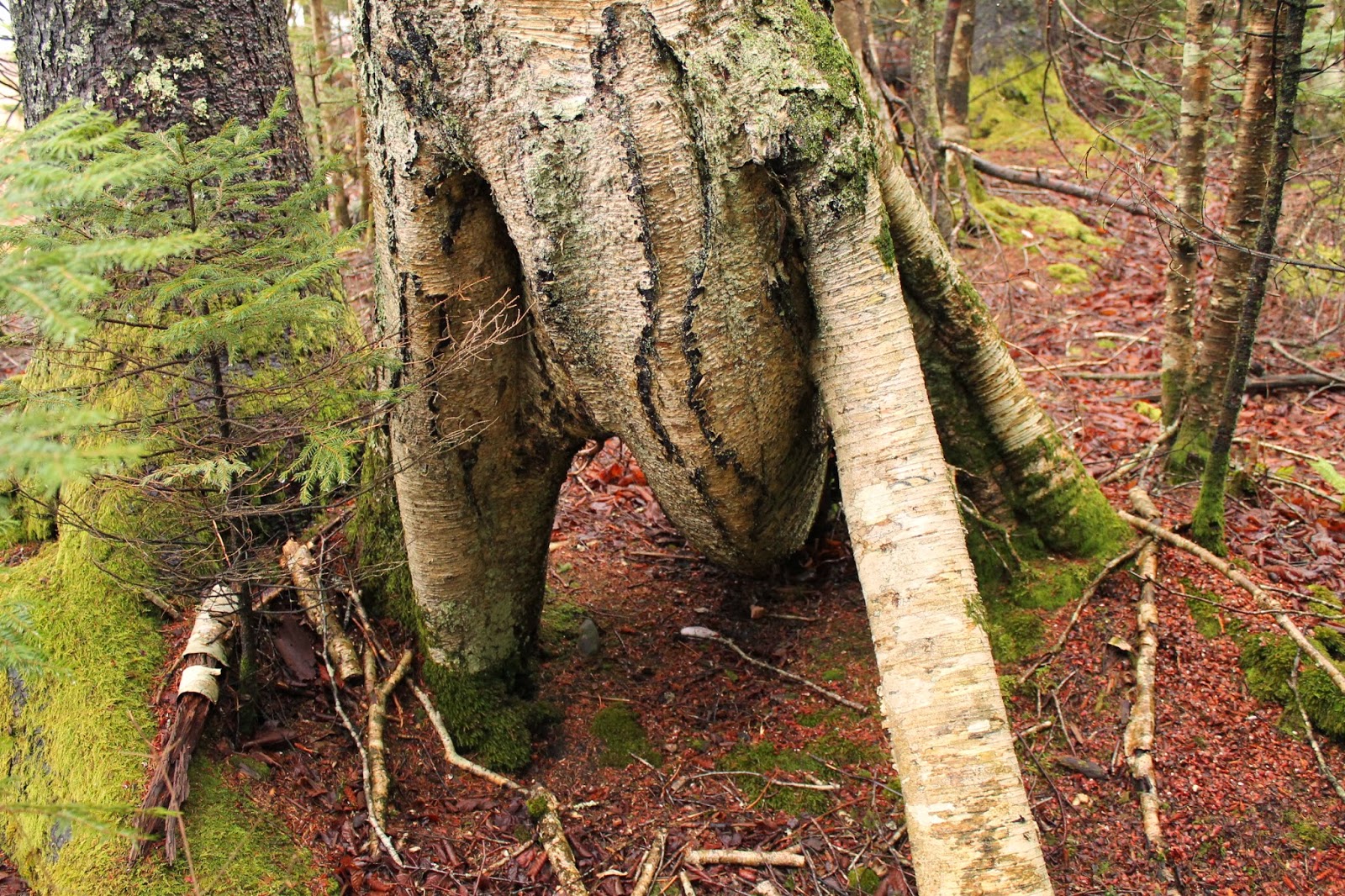 this is what greeted me!

A few inches of snow! 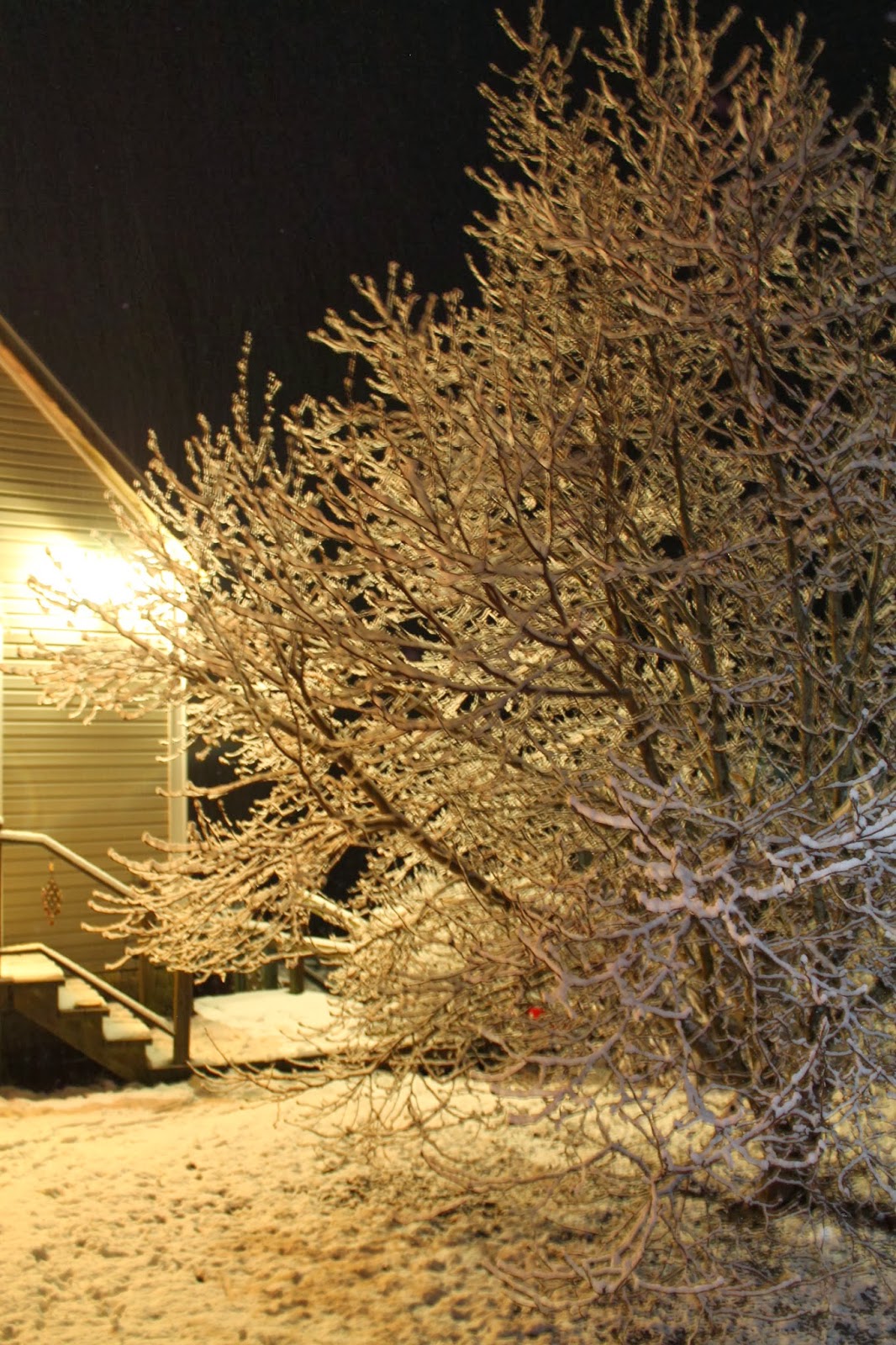 It was T- shirt weather just a few hours before. 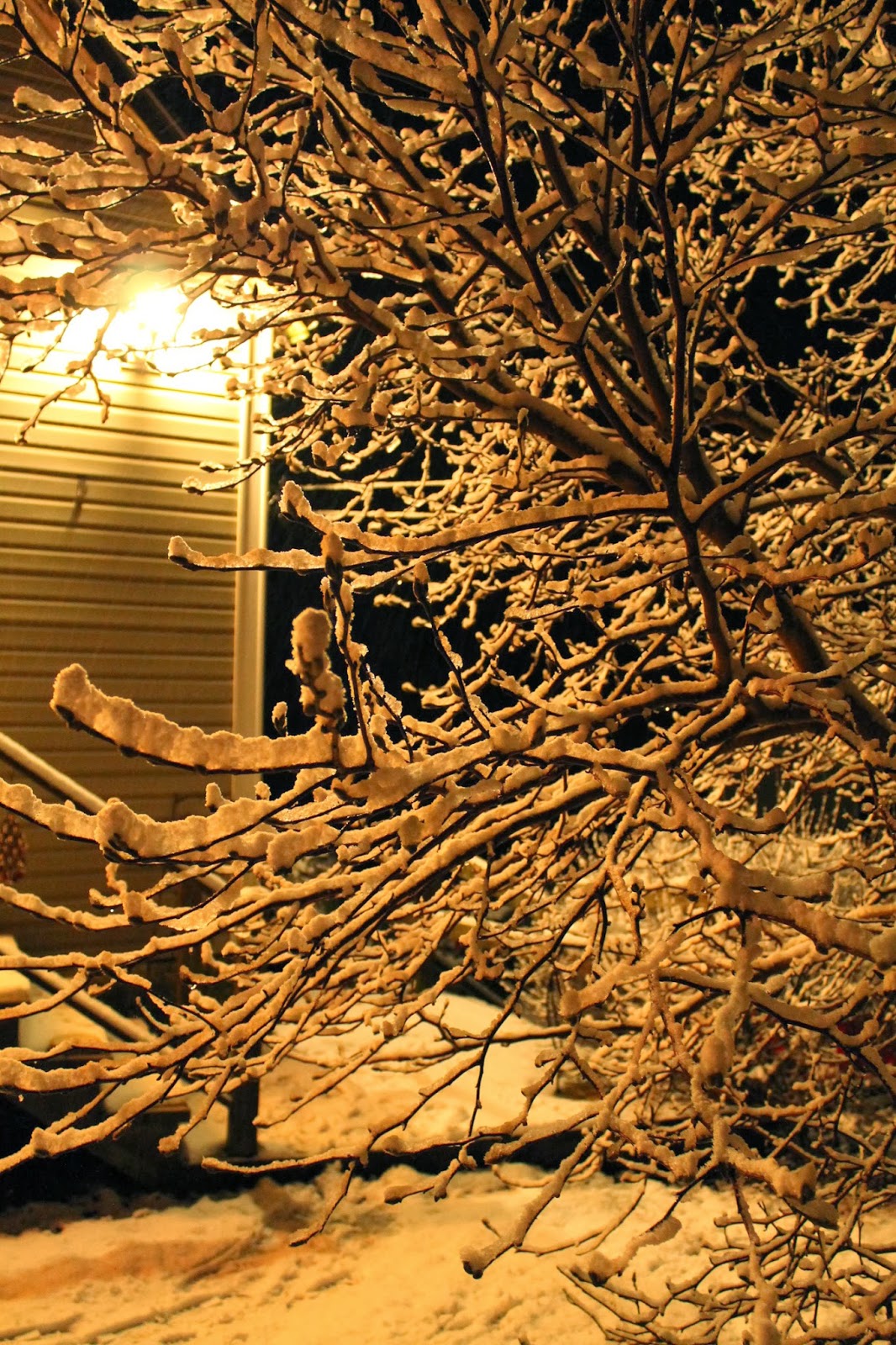 My favourite weather phenomenon is when you're driving in sunshine and hit a wall of rain.
That always freaks me out. Or you look over the ocean and you can literally see a wall of rain coming for you.  It just freaks -you - out!

Have a Blessed evening. 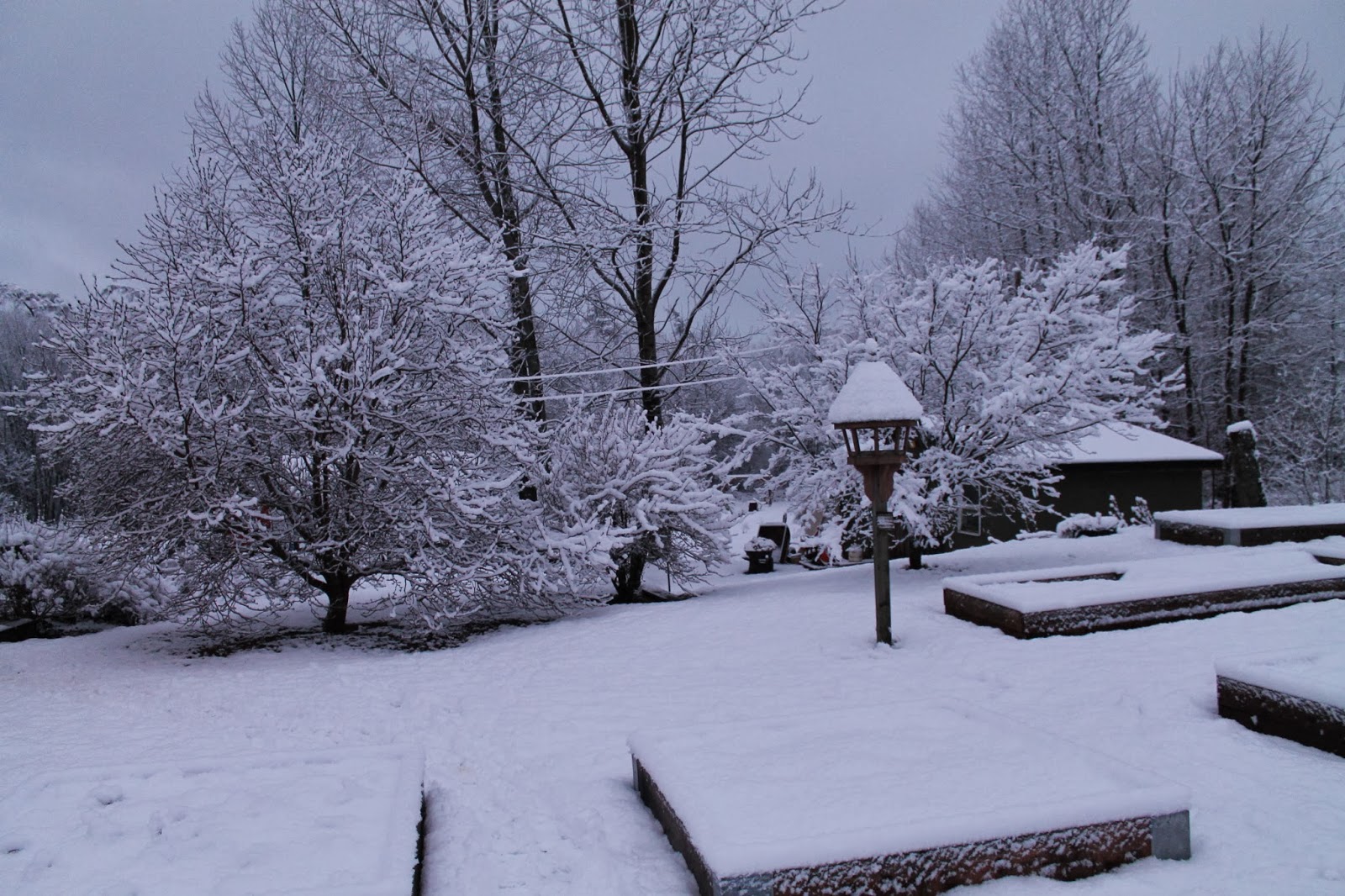 Ok, not a white Christmas.

After many years of brown Christmases, this year we actually had a white one! I was all excited.

But what I'm dreaming of now is what I'm going to do this spring.

What's strange is that I talked it over with God and he wasn't so keen on the idea.

So now I'm dreaming of how I'm going to cram everything I want done this spring and summer into the short amount of time I have.

First on the agenda I have someone building me a little hut to put at the end of the driveway to sell my extra eggs, soap, and veggies.

Next, I want to get two calves to bottle feed because I want one for us and I want to donate the meat of the second one to our friend, Pastor Tracy Marr. He's started a wonderful place with a wonderful idea.  Check him out on Facebook. Needs to Deeds

I also want to get turkeys this year (just the regular kind, learned my lesson the hard way) and let them roam in the pasture with the goats. Then donate most of them to charity also.

I'm planning on starting up the incubator in about a month also.

I also want two more raised beds to grow more to be able to make more dill pickles and brussel sprouts since the two legged critters in the house love them!

And THEN! well I have something else up my sleeve, but I want to wait and see if it comes to fruition (big word of the day) before I spill the beans.

And no, it doesn't breath and I don't have to feed it. So it's not an animal.

I want to do a lot of camping this summer. But for that I need a farm sitter...any takers?

And so this is why I need to make spring and summer longer.

Email ThisBlogThis!Share to TwitterShare to FacebookShare to Pinterest
Labels: Ideas

Sometimes you just have to leave everything behind and just enjoy nature.

This morning before leaving for work, I told Jamie that I'd bring him for a walk in the woods (him to check out the squirrel territory, me to enjoy nature and shoot with my camera). Especially since it's giving 40 mm of rain tomorrow.

Mondays I'm usually done at 4pm, so that meant that it would still be light when I got home.

I got home and we left right away.

Here's some of the pics I took.

For the record, I hate hunting. I hate hurting animals.

The only animal that I know I could kill without batting an eyelash would be a mink...and still.

If I could find a vegetable that tastes like chicken or fish I'd become a vegetarian.

But alas! I love chicken and fish too much to become, as my hubby would say, oneofthose.

The reason I raise my own meat is so I can make sure the animal had a nice, happy, healthy life before it hit my plate.

None of this factory farm crap for us.

So that's why I'm not into hunting.

Honestly there is NO reason for it.

We have all the meat we need in our freezer and if not...
that's why God invented super markets!

Dave used to hunt when I first met him.

He says he stopped because he just stopped liking it.

Really I think it's because I bugged the living heck out of him and made him feel guilty.

Like I told him one day, "How would you like someone stalking you all the time, just because you look good."

But anyway. Let those poor deer, rabbits and whatever else is in the woods, live their lives without us hassling them.

For the longest time Jamie was in my court. There was no way he'd ever think about hurting an animal.

Then this year it started.

Jamie - Mom! I think I want to start hunting.

Jamie - Yea, it looks like fun. The kids talk about it at school and they go deer hunting with their dads.

Me - Taking an innocent animals life looks like fun!!!!!Are you kidding me!?

Lisa -  No, I don't know! If your friends start doing drugs or jump off a cliff are you going to do it to cause it looks like "FUN"! (By this time I could see my mother in this conversation also...hmmm about 30+ years ago)

Jamie - No! I know drugs are wrong mom. And jumping off a cliff would hurt..

Well you get the drift of this conversation.  I was sure I was raising a mini Jeffrey Dalmer.

Then I decided to consult a professional.(This professional has many degrees with lots of PHDs behind his name. I just won't name him.)

He said that hunting wasn't a bad idea. That actually the problem with today's young boys was that they didn't do good old fashioned dangerous sports enough and we end up with wimpy boys that play video games of hunting and killing and don't see the real life consequences of those killings.
He said that for a young boy to grow up "normal" and I use that term loosely, he had to do sports that would give him a one in a thousand chance of getting seriously hurt.

Hmmm...I'm not so keen on that philosophy, but I bended.

For the time being he can use a pellet gun and go trapping rabbits. 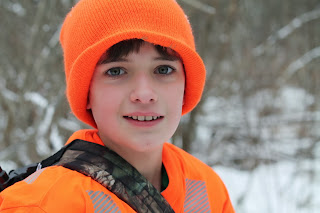 A friend of ours gave him a live trap. Snares are not good around here with all the family cats around.
Dave has showed him what the rabbit tracks look like and where to go. 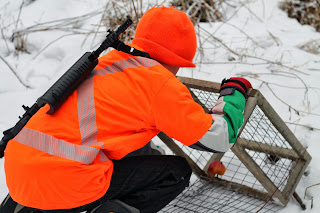 So my son is now a rabbit trapper.

The first night he set the trap and got a rabbit!!!

He killed it humanely with his pellet gun and then Dave showed him how to dress it.
After they were done, Jamie comes in the house and says," I think I have to sit down. I don't feel so good."

That too will eventually pass. He's set the trap many times after and so far nothing. Phew!

But I was actually proud of him. I mean how could I not be.

I had never seen him so proud of himself in my life! 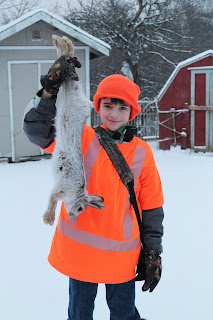 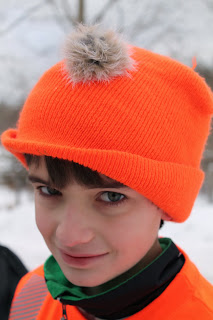