Summertime is almost over.

It's gone before it even begun.

It's been a pretty good one so far.

We haven't climbed Mount Everest or anything spectacular like that
but we've done lots of things as a family and just as a couple.

How did that happen.

So he's got a part time job and his motorcycle licence.
And yes I constantly worry. I'm a mother, that's my job.
But because he has his motorcycle licence he's free to roam where he wants as long
as he's off the road before dark.
So that leaves Dave and I with more couple time.
That's the perks and downfalls of having kids.
You hope that they'll grow up healthy,happy and independent and
when they do, you're like "What the heck!? Where'd you go?"
But I'm happy for him.
As long as he stays safe.
He's already learned that other drivers are crazy.
I wont go into that.

The gardens are growing well. I feared for the tomatoes since only tiny little green things were growing. But after Saturday night's rain, they seem to have gotten bigger. Which is strange since I know that tomatoes are picky when it comes to watering, so I water them regularly.
They must prefer the rainwater.

It's been a strange spring and summer. It was a cold spring and a hot summer for a few weeks and now it's a cold summer. Some mornings it's only 8 degrees Celcius. Brrrrr

I've had to plant my yellow beans THREE TIMES!!!! Finally they're growing okay.

Rain has not been plentiful, but it's better than last year. 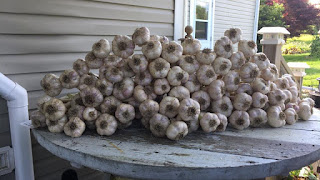 The garlic is doing well. As you can see. I picked some more tonight. It's a smaller, different kind.

Sadly both of Dave's parents passed away this spring. So we had some family business to attend to in Ontario. We also turned it into a family vacation. We stayed with his cousin and did a few touristy things. But mostly it was to relax after the stress of everything that had gone on. 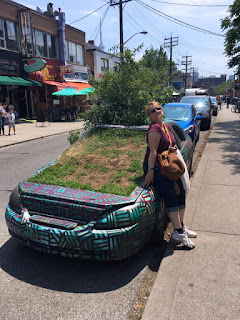 The day before we left to come home we spent it in Toronto. I've always wanted to go to Kensington Market. It's a real hip, funky place. And they had a car on the side of the street planted with trees, grass and flowers. How cool is that! 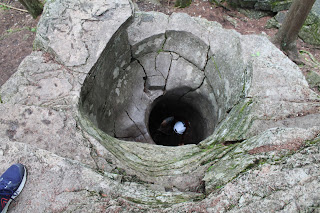 We also went to the Warsaw Caves in Peterborough. We didn't go to the caves, but took a nice walk in a cedar forest that had kettles and strange rock formations. That's Jamie at the bottom of the kettle.
We also got stuck in a thunder, lightning and downpour on our walk. Memories! 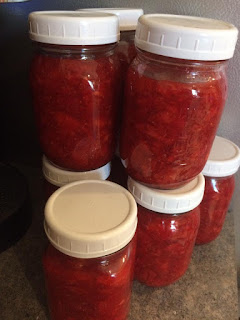 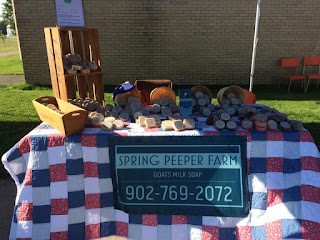 The Acadian Festival was on last week. This is my table at the bazaar. 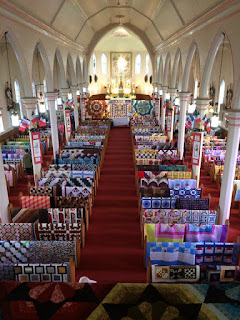 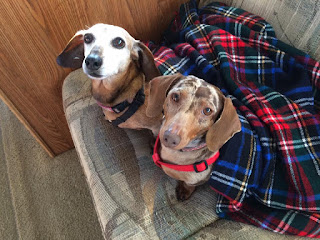 We were actually thinking of selling the camper because by the end of July we hadn't gone once!

But one night there, and we changed our mind. We're staying.
We camp what's called seasonal. We just park the camper at one campground and leave it there for the entire summer. We prefer it that way. I guess it's like having a cottage.

The girls are happy about the decision since they love camping. 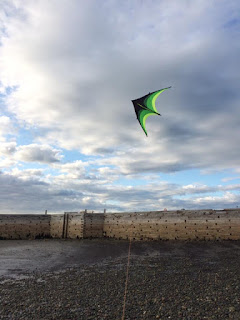 Then a few weeks ago I had heard about low tide kite flying.
So I decided to go and get pictures and information to talk about it on
CTV Morning Live.

Well by the time I left there, I was hooked!

Not only do I love it, I bought a kite! 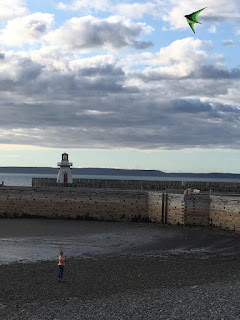 Think about it....kite flying while you're standing on the ocean floor. It's just wow.
That's Nova Scotia living!
That's me, Dave took my picture while I was flying the kite yesterday.

I turned 50 this summer also.
And I have so many things to be grateful for, one of them being my health. I've noticed that, except for my heal spurs, I'm in excellent health. I'm on no medication, no health issues whatsoever.
So I want to keep it that way.

So I'm going to go in le grand fondo

I'm not totally crazy, I'm just doing the little one. 35km.
That's enough.
Tonight I started training. I almost did 10km in 40 minutes and didn't need resuscitating.
So I think I'll be ready by the end of September!