Dave and Jamie have been going to Mariner hockey games fairly often this winter.
The Mariners are a hockey team from Yarmouth.
Junior As if that means anything to you.
It's the division that they're in.
And they are very popular.
They almost sell out every game.

So Friday I decided I'd see what all the hoopla was about.
I tagged along.
I guess I picked the right time to go
because it was touted on the radio
as being the best game of the season
ANDDDDDD...
the longest one! 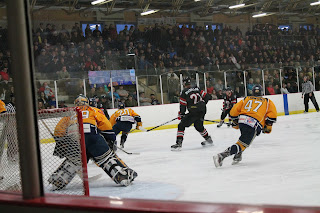 The Mariners were winning 1-0 up until 30 seconds left in the last period
when the Truro Bearcats scored!!!
Ahhhhhhhhhhh! 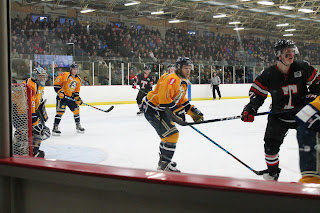 By that time my toes were frozen. 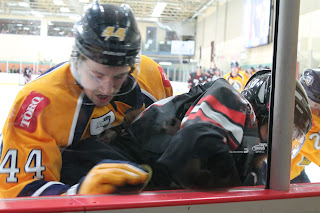 But as you can see, we had good seats.
Up close and personal.

But the Mariners prevailed and they won! 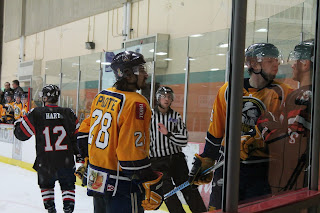 But even frozen I actually liked it...
I'm going back Tuesday night.
This time with a blanket.

But I remembered why I don't go to sporting events
especially hockey.
I get too much into the game.
I almost had a stroke. Holy crap man!

Oh well I guess
I AM CANADIAN!