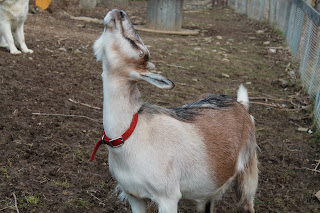 Too many things going on but none of them worthy of blogging. 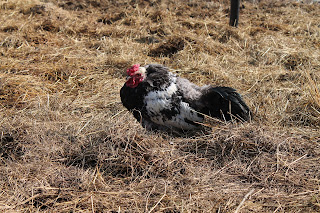 First our rooster is lame. We noticed that where his leg band is, actually worked it's way in his leg. So we took it off, doctored it and he's doing slightly better. He is looking a bit ragged but hopefully he'll recover. Just as long as he doesn't go in the goat pen because Tundra is on the chicken rampage again. You know, she's got to protect those goats against the marauding chickens!
The weather here has been beautiful! It's actually broken a few records. It's also given me spring fever! I want to plant...so I cleaned the greenhouse and planted a few spinach seeds. I want to see if it'll grow. It's a cold weather plant so even if it get colder it should be fine. 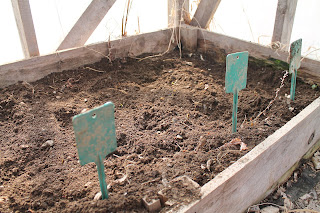 Two of the three goats we have for sale are now sold. It's always a stressful thing to wonder if you'll sell your goats or not. So when they do sell it's very rewarding and it takes the stress off.
Dave has bought himself a new toy. Well really it's a much needed toy. A wood splitter. He got a good deal on it second hand. So now instead of having to rent one every year and having to do all the splitting in one day, he'll be able to do just a bit at a time without having to kill himself. 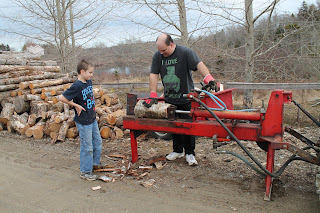 We've gone for a walk in "Les p'tit bois" while it was nice and warm. One part of it looks kinda like the bayous of Louisiana. J. loves exploring. 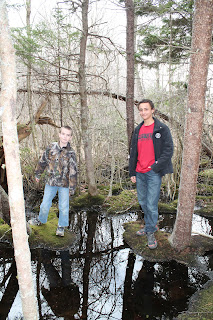 The goats have been loving the nice weather. In one of the photos you can see how much Febe's udder has let go. She's really hard to milk this year. It's really sad. BUT!!!!I have a milker on the way. It's called the Henrymilker. I hope it works. It's coming all the way from Alaska. 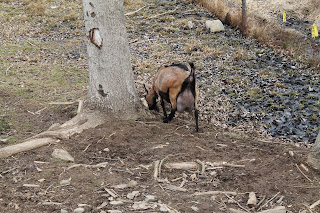 Hockey is done! AMEN!!! Can I hear an AMEN!!! (I do the dance of joy!) The last tournament they played, they won bronze. So this year they got one gold and one bronze. Pretty good. J. won MVP once also and was picked to go in the skills competition. We were so proud of him. But we are so happy hockey is over for this season. It's very expensive and time consuming. This year 3-4 days out of 7 were dedicated to hockey. We also had to travel alot. Usually a 2 hour drive to get to a game. But that's the name of the game. Canada+Hockey=$$$$.
They had one last game just as a exhibition game this last Sunday. Just for fun with the Yarmouth team. So we went sightseeing with Tomas before the game. We brought him to Cape Forchu lighthouse. We had a bit of fun. 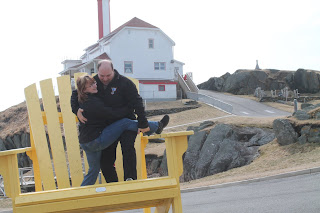 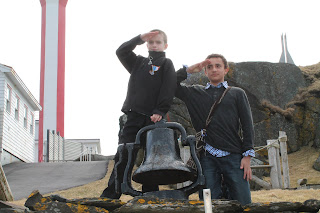 Well it's feeding time for Pisnak.
Have a Blessed Evening
Lisa
Posted by Lisa at 7:54 PM