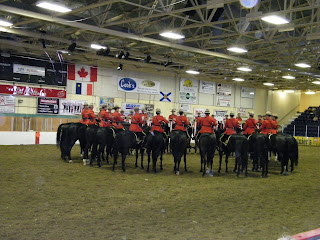 This is the picture on the back of a old 50$ bill.

You never know what's going to happen here. Monday was supposed to be a cleanthegoatpenandchickencoopandhumancoopday. J. had an appointment to the dentist and I had a hair appointment. Well on the way to the dentist I heard on the radio that the RCMP Musical rides were in town and they actually had tickets left for their afternoon show. 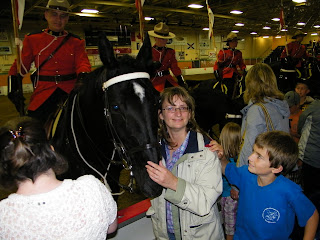 Dave was gone to Antigonish to check out a motorcycle (that's another post on it's own, we won't go there.) so I called my mom, got tickets and off the Yarmouth we went. I love the Musical Rides. So does J. They came 4 years ago and we went then. But honestly, the only thing that the Musical rides serves for me, is to remind me how much I want a horse ! 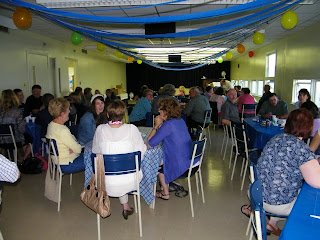 Tonight our church's youth had their Cupcake Theater and dessert auction. They had it last year also and it was just as funny. I don't know where they get their skits, but they are hilarious. Of course the desserts were excellent and even though we left early from the auction, I think they did quite well. Let's put it this way, one cake went for 210$!!! There was about 3 large tables full of desserts to auction off. One of our church ladies made 4 dozen little cheesecakes, one dozen went for 75$. Finally, they auctioned off the last dozen singly. I got one for 7 bucks. It was good. I'm curious to see how well they did. All the proceeds went towards our church building project. 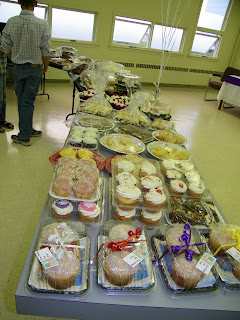 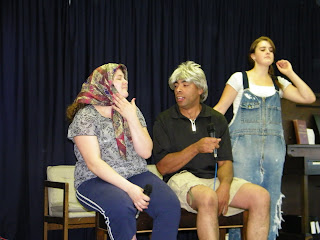 One of the skits.

I think the funniest moment of the evening was when they were about to pull for the door prize of a humungous cupcake, my cousin, who was sitting with us, said, "Man, I hope they don't pull my name!" 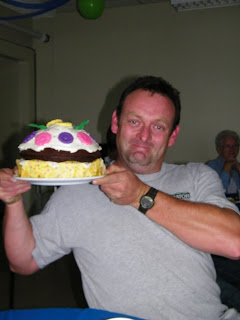 Sandy and his prize!

The words were barely out of his mouth, when they called his name! I think we almost peed our pants laughing. 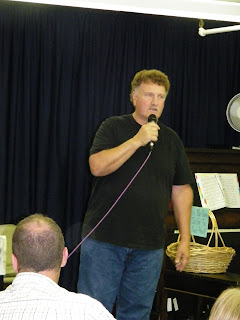 Well that's it for tonight.
Have a Blessed Day
Lisa
Posted by Lisa at 9:57 PM